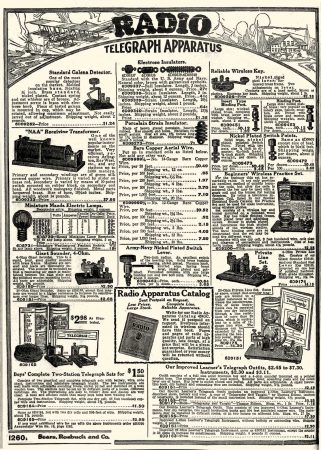 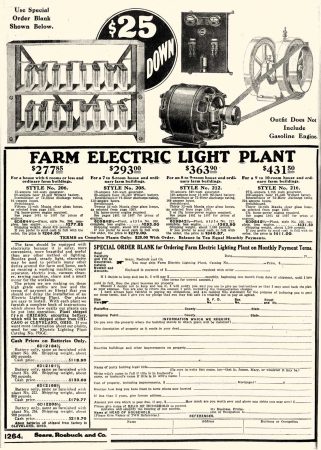 100 years ago, what things were changing us? Cars, still, certainly. Also electrical items  in their many manifestations.

In 1920, the breakthrough was about to be radio broadcasting. Wireless communications (of either telegraphy or voice) represented the latest tech, proven during recent War. But the concept of sharing public audio performances for everyone, for free – that was really cutting edge – kind of like YouTube was in 2005.

Before 1920 was out, KDKA in Pittsburg would become the first station licensed to “broad-cast” general programs to the general public. Sears included one basic radio equipment page in their fall 1920 Big Book, focused daily on morse-code telegraphy. They also offered a specific “Radio Apparatus” catalog if you’re wrote them for it.

If you were one of the majority of Americans who were still rural or farm-based, then radio might not interest you. However, an electric light plant of your very own would be a good investment. After all, electrifying the homestead, Sears noted, “is safer, more convenient, more beautiful and useful than any other method of lighting.” Besides, electricity could run a washing machine or a butter churn. Sears had three kits that would supply 32 volts of DC power – but you supplied the gas engine generator.

100 years later, people want OFF the electrical grid and are investing in Solar panels… We still seek progress, self-sufficiency, and the latest gadgets. 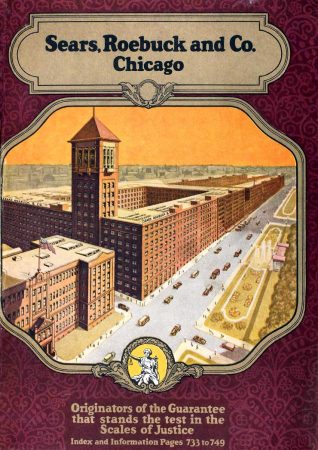