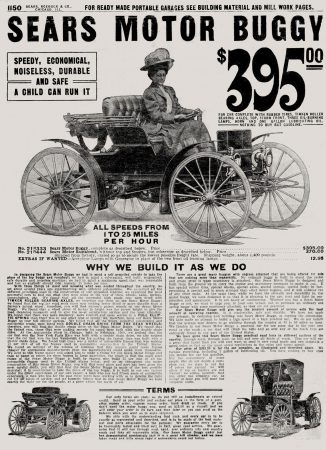 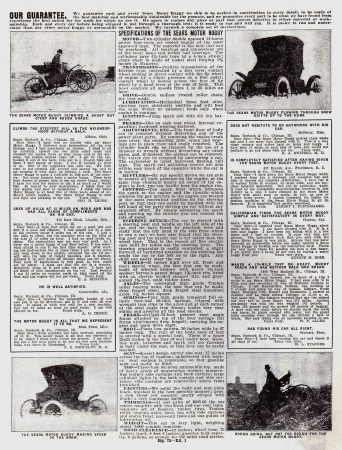 Once upon a time, Sears was so ambitious they built their own automobile.

Starting in 1909, for about three years they built and sold the “Sears Motor Buggy”, a car so simple that “a child can run it.” Or even a woman, as was pointedly pictured on page 1150 of their 1909 catalog. Not just a buggy with a motor (despite the name) Sears created a car they considered “speedy, economical, noiseless, durable and safe”. If the top speed was just 25 mph (12 mph going uphill), that was because they considered that to be “reasonable and fast as anybody should ride.”

The price – $395, or even a bit less if you didn’t want such frills as fenders and a top. Cheap by 1909 car standards, it cost less than half the price of the Model T that Henry Ford introduced that same year. Delivered straight to you by train, ironically. (Well, how else would it get there in 1909?)

Several thousand were made by Sears before they noticed that basically cost more to make than they were selling them for. You won’t find many Sears Motor Buggies left today, but there are enough that they have their own website: https://searsmotorbuggy.com. It’s well worth a look. 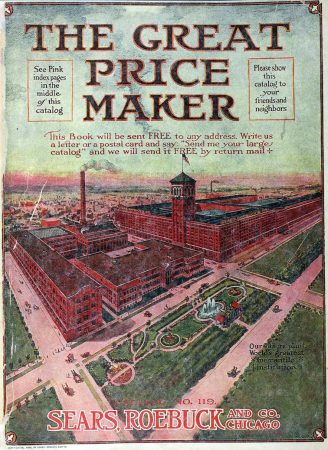