In an era where everything is computerized, it’s hard to realize that during most of the 20th century you could earn a decent wage drawing hand-lettered advertisements. Digital fonts like Brush and Comic Sans offer a distorted echo of the nearly-lost skill of hand-lettering, which once was in great demand. 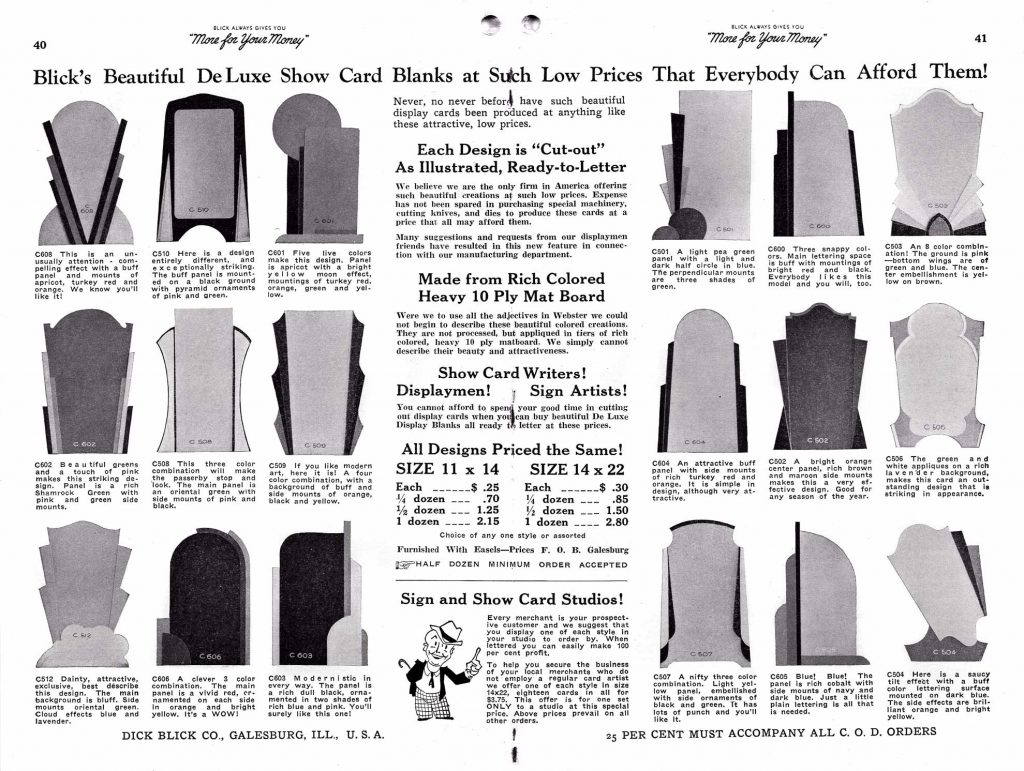 This 1933 Dick Blick catalog catered to the draftsmen who turned out individually-drawn signs, posters, and advertisements: with pages of specialized brushes, pens, inks, and paints. The center spread is a real time capsule of what were called “show cards” – freestanding die-cut designs that framed whatever message you wrote into in the middle. In the 1930s, thousands of these cards would have been propped up on countertops of department and drug stores across the country, calling attention to particular products, promoting in-store specials, and showing customers just how modern the retailer was.

Each Show Card is a small masterpiece of Art Deco design – abstracted ziggurats and waterfalls. It’s a shame Blick and company couldn’t have printed this page in color – the descriptions (click to zoom in) sound terrific. 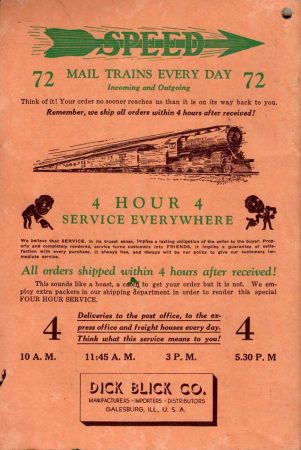 In the Depression, the Dick Blick company was as modern as the show cards – the catalog’s back cover emphasizes their commitment to Amazon-Prime-like delivery speed. Four hour order turnaround connected to “72 mail trains every day” — in 1933 you couldn’t ask for speedier service.

118 years later the Blick company is still thriving; still publishing catalogs, but also with a large website and over five dozen stores. And still operating out of Galesburg Illinois where the company was founded…which proves, perhaps, that great art is timeless. 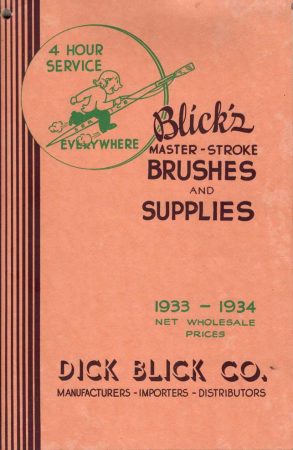