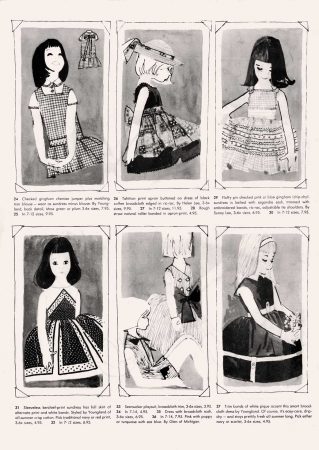 Neiman’s reels them in at a young age, with the kind of outfits you might see on The Marvelous Mrs. Maisel’s children.

I have no idea if the actual outfits being sold looked as good as these fashion illustrations: depicting impossibly long, incredibly slim, impeccably stylish children and their mothers. The artwork style is assured and charming in a mid-century-modern way. I haven’t been able to locate an artist’s signature hidden on these pages, which is a shame. I would love to give them credit – but truly, ultimate credit belonged to Stanley Marcus who was minding the store. 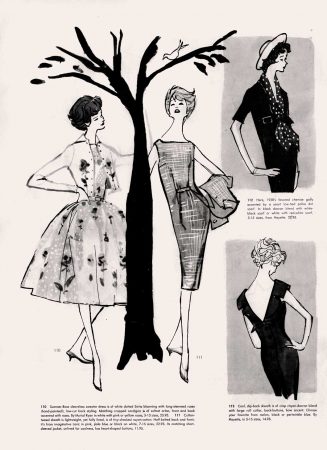 This oversized sale flyer (undated, by seemingly circa 1960) is an example of why the department store Neiman-Marcus gained a reputation beginning in the late 1950s that extended far beyond its downtown Dallas location. It proved that Texans weren’t all cowboys. As told in the movie Giant, there were also newly-minted oilmen with social aspirations – who wanted to be less Paris, Texas and more Paris, France. Stanley Marcus attempted to give them style. But I don’t think their kids were ever as precious or precocious as the ones drawn here. 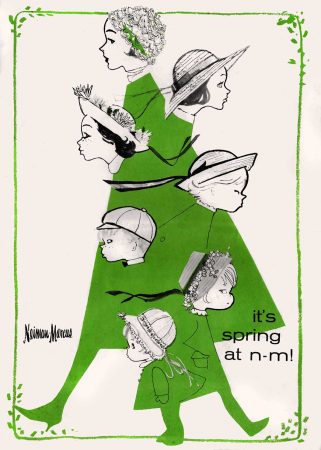 One thought on “Style Starts Early”