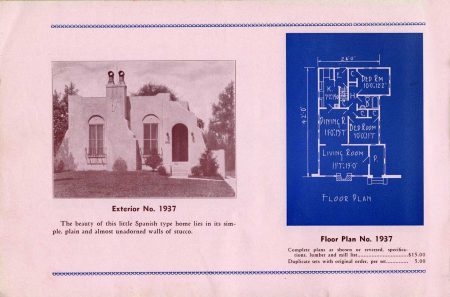 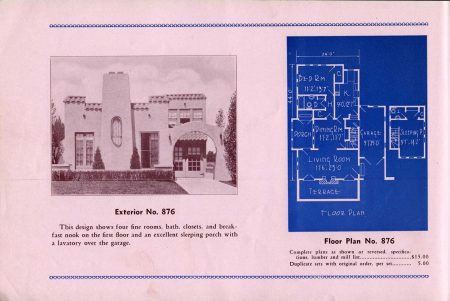 The Garlinghouse company helped the trend with catalogs of Spanish-style house plans. For $15 they would sell you a complete set of blueprints with which to build your dream house. That’s assuming your dreams could fit into less than 2000 square feet – sometimes far less. By today’s standards, these houses are TINY. Do yourself a favor – zoom in and study the plans.

I mean, some folks these days have garages which are bigger than these entire houses. In fact, there are no garages in most of these plans, as there were still plenty of people in 1930 who didn’t have or need cars. 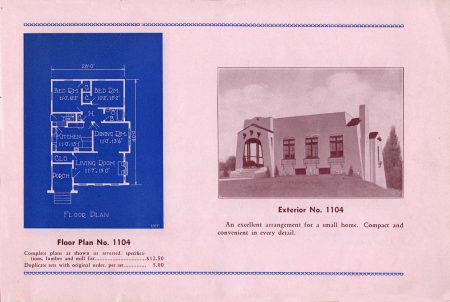 Lives in 1930 were considerably less cluttered. Everyone had much less stuff. There was, in fact, less stuff one COULD have – fewer gadgets – and during the Depression most folks couldn’t afford much stuff anyway. As a result: No media rooms. No giant kitchens with center islands. No walk-in closets. Some homes did have “sleeping porches” which sound cool (literally and figuratively), but that’s because there was no air conditioning either.

The good news: Garlinghouse promised these houses could be built for as little as $2,800. Maybe $7,500 for the bigger models. Today you’d have to multiply that by 100 at least. But you’d also end up with a walk-in-closets and a garage.