We’re talking back in the days when men were men, cars were cars, and women were models. In 1966, size was important. The catalog was oversized (10″ x 13″) because the cars were oversized, and how else would you convey the impact? 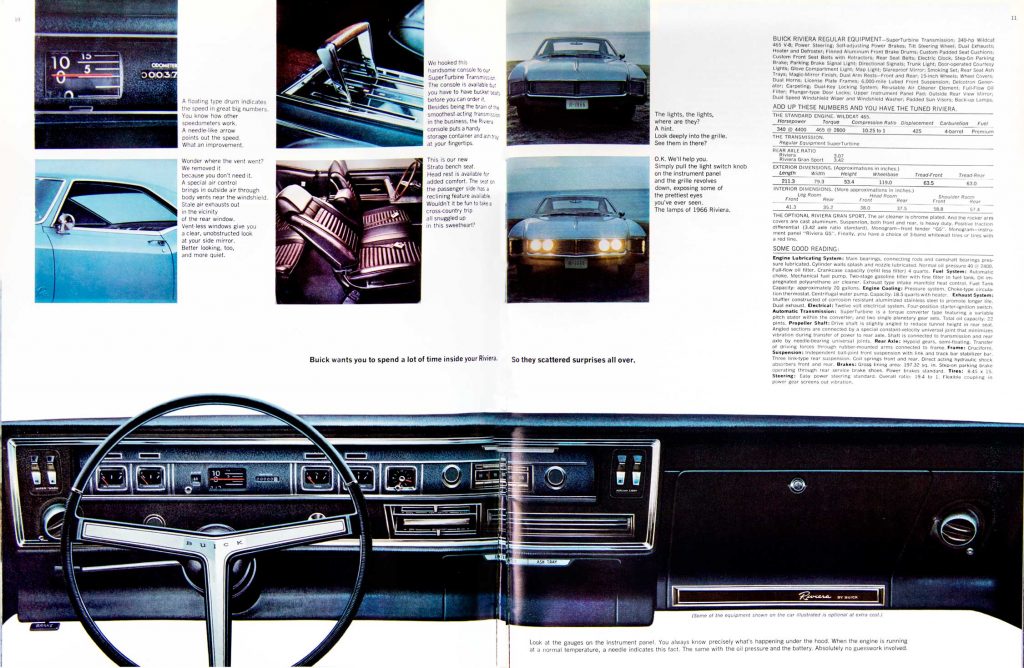 Look at the dashboard on the Buick Riviera. I mean just look at it. It stretches across two pages and appears to be the length of a moving van. And it’s all about the car. No “infotainment” system here — just an AM radio and you’d better like it. 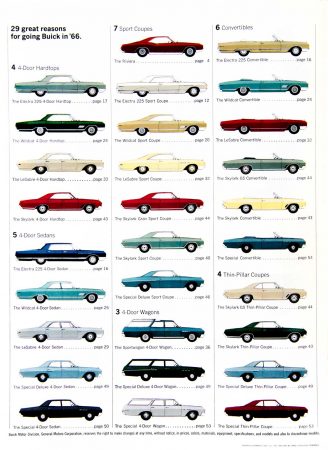 Instead you get dials and gauges and a unique floating drum speedometer – a veritable Mission Control to keep you on top of operations. As they pointed out, “absolutely no guesswork involved.” But don’t bother asking about gas mileage — such a thing wasn’t mentioned. (But if you need a clue, the Riviera’s tank held a whopping 20 gallons.)

In 1966 Buick offered car 29 models, each trying to be longer and lower than the next. That included three station wagons and six(!) convertibles, perfect cars for wives or girlfriends. Even though one is seen driving on the front cover, they weren’t actually expected to understand automobiles. As the model in the orange pillbox hat said, “What is a tuned car? I don’t know” which gave Buick’s copywriters a chance to mansplain it all.

But she just likes the way it feels. To me, it sure feels pretty 60’s. 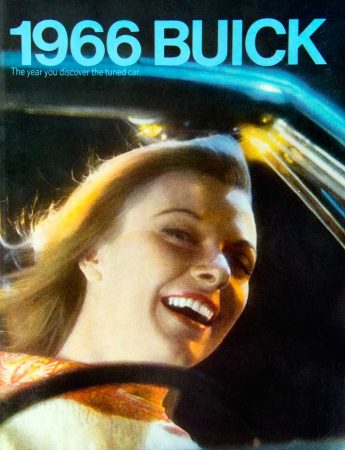 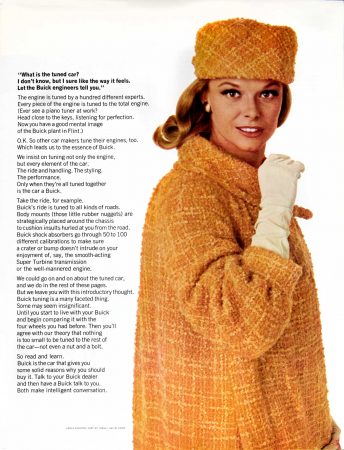