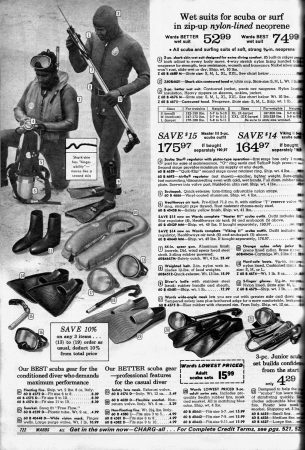 These two guys look like evil henchmen prepping to do battle with Sean Connery’s James Bond.

Between the 1965 movie Bond movie “Thunderball” and the underwater exploits of Jaques Cousteau splashed across countless National Geographic magazines and TV specials, scuba diving became something of a popular sport by the early 1970s. In 1972 Montgomery Ward devoted a page to selling dive gear. Because of course they did. On their hundredth anniversary, they didn’t want to miss a trick in the 1200 plus pages. (Which makes this yet another catalog so thick that there was no way we could get pages to lie completely flat on the scanner, unfortunately.) 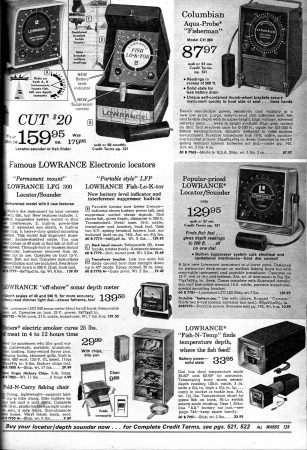 Wards was famous categorizing products as Good / Better / Best, but on the scuba gear page, there are only Better and Best products. Apparently when underwater, Good isn’t Good Enough.

For those who wanted less strenuous, above-water sports, there were several pages of fishing gear, including the game-changing Lowrance Fish Finder/ depth locator. Plus a meat smoker and a folding chair for when you get back on dry land with your speared marlin or that crappie you reeled in. 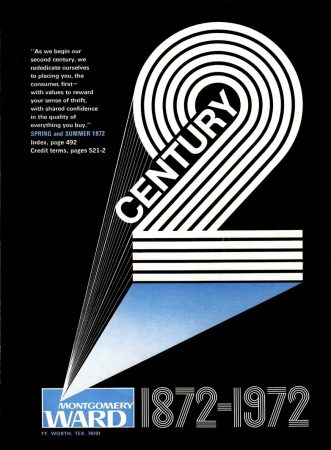