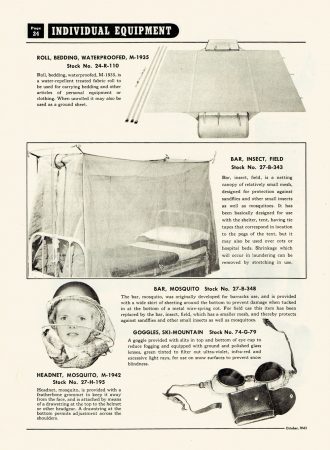 Suddenly there are females now serving the war effort – the Women’s Army Corps, or “WACs“. It’s a new challenge for the Army, but with with their superior manpower they could handle the logistical issues, if not all the psychological implications. 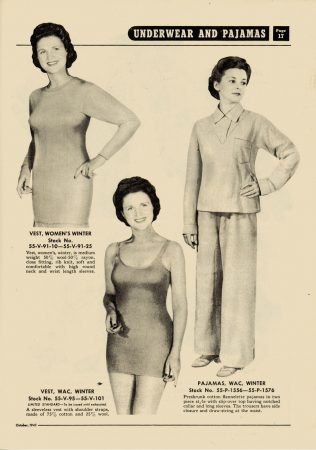 This Quartermasters’ catalog devotes page after page to official regulation supplies for the new female Army personnel, everything from hats and uniforms, to proper undergarments, to a rather awkward-looking but undoubtably highly-effective mosquito net for hat or helmet. (well worth  zooming in on.)

Should the netting not be enough, there’s an entire mosquito-netting-covered bed. Such items were necessary because these ladies could be sent to Europe, North Africa, or New Guinea.

About 150,000 American women eventually served in the Women’s Army Corps during World War II,  shifting the arc of history a bit in the process. 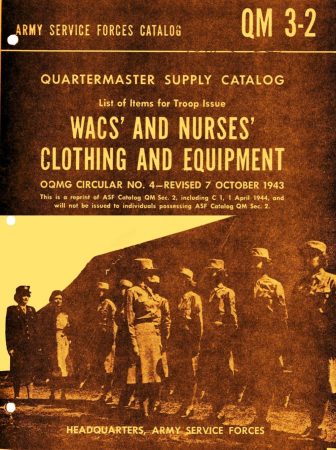