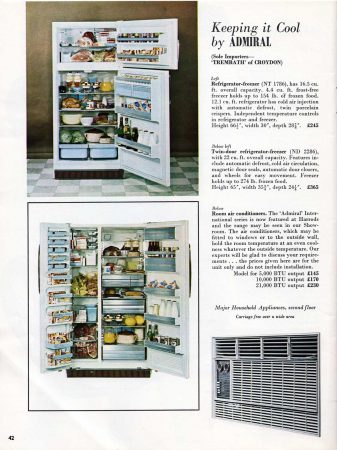 Many Americans are infatuated by all things British – think of Downtown Abbey and The Crown. The reverse can also be true…especially going back a few decades when America seemed much more exotic and distant to people of the UK.

Which is why Harrods, the famous and historic London department store, mounted an exhibition of imported American products in the mid 1960s. What did they decide was intriguingly, luxuriously American? Why, imported refrigerators and air conditioners made in America, to name two items. Britain’s cool climate made window A/C units were an unusual sight – and Made in America meant quality. 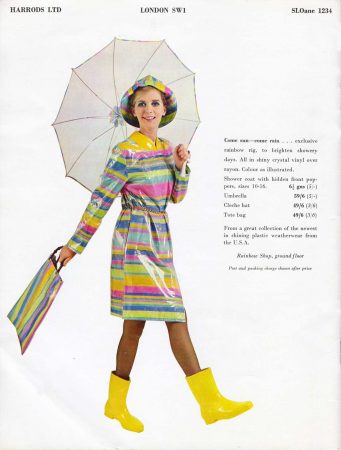 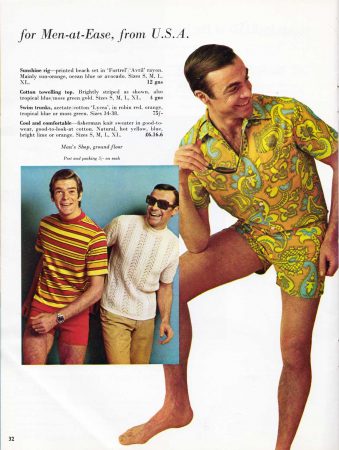 And plastics – sure enough, just like “The Graduate” – vinyl plastic raincoats and tote bags in groovy colors which were themselves a blend of America’s Op-Art movement and London’s Carnaby Street shops. A far cry from monochromatic Burberry macintoshes.

And because, raincoats notwithstanding, America was to Britons a land of beach boys and sun, how about some beachwear for the gents? As if Sean Connery could be coerced into wearing paisley.

Other products Harrod deemed worth of importing included Spandex tights by “Hanes of the USA”, cosmetics from Estee Lauder, shirts made of DuPont Dacron, and console steros by Zenith. How very exotic – and how very American. 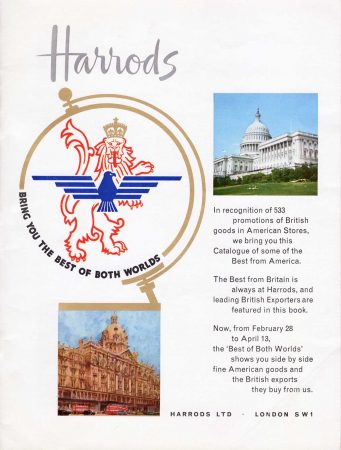