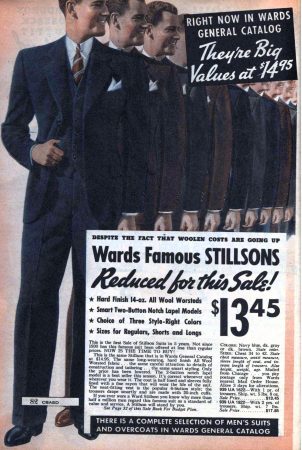 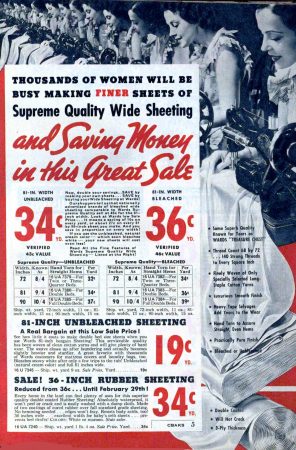 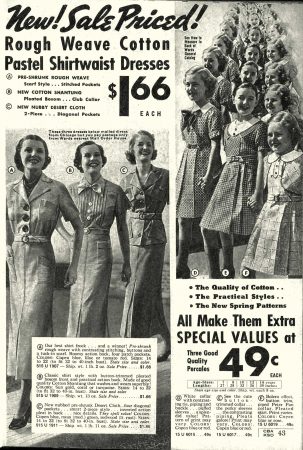 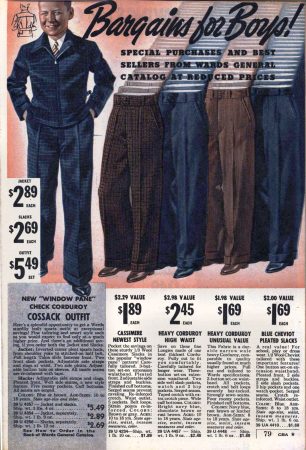 When art directors attack – you end up with things like this 1936 Ward’s Sale catalog. Somebody wanted to impress customers with Ward’s vast array of merchandise. One can imagine an early design meeting where someone must have had the idea to illustrate that with multiples. Multiple products… but also multiple people.

So we have multiple men standing like so many mirror reflections, watching scores of women all busily sewing like in some fevered Busby Berkeley movie musical. We have an army of daughters wearing frighteningly identical smiles.

And the boys – well, they’ve been reduced to just trousers, but yet they march along like so many broomsticks in The Sorcerer’s Apprentice.

The theme  of multiples repeats itself (appropriately enough) throughout the 160+ pages. There are multitudes of towels washing dishes, shoes stretching to infinity, and several lanes of tires.

Many decades before Photoshop, this sort of image manipulation wasn’t trivial. It’s still kind of a startling device today. 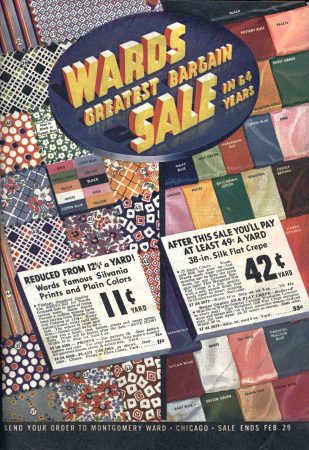