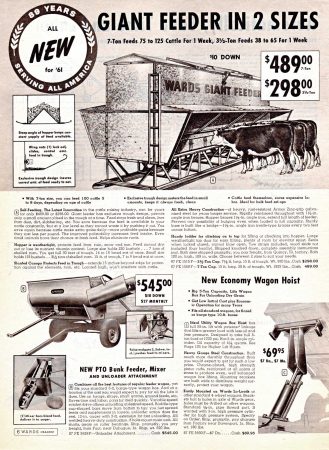 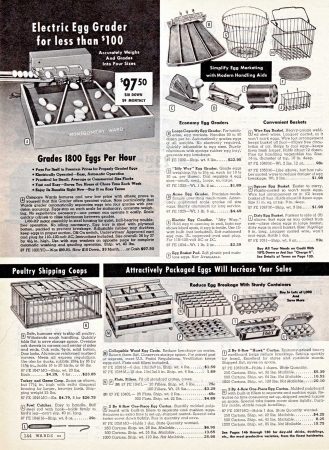 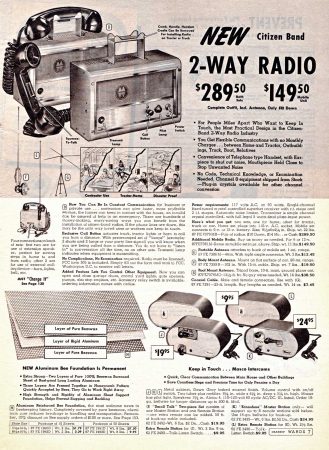 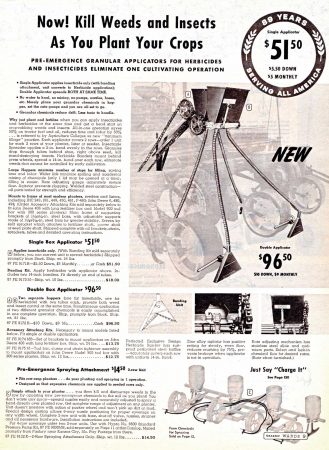 Coronavirus is making many of us reflect on the possibilities inherent in the simpler, self-sufficient life of the farmer. Green Acres. Good Neighbors. A few chickens and a vegetable garden. Let's check that out, shall we?

In 1961 Montgomery Ward published nearly 200 pages of farm-related products (which also included two pages of go-karts for some reason). It is instantly clear that farming in 1961 was not like farming decades earlier (see  example and another). Post-war, it had borrowed concepts of factory automation and economies of scale, and was now becoming seriously mechanized and industrialized – even when ordered from a Ward's catalog.

There were giant cattle feeders that could feed a hundred cows for a week (and dump-truck-like hoists to tip all that grain in).

There were electric egg graders capable of sorting 1800 eggs per hour. The price wasn't chicken feed, but Wards promised it would pay for itself in “premium prices for properly graded eggs.”

Then you could stay on top of all your operation's many tasks with the remarkable new 2-way Citizen's Band radio sets. (This was before truckers discovered CB.) Put one in the house and another on the tractor and stay in touch.

And while out on that tractor you can not only plant and fertilize, but apply chemical insecticides and herbicides  at the same time via a spooky spider-like attachment. Greater yields! Better profits! Side effects were something we hadn't really considered quite yet.

Yes, it's the simple joys of farming in 1961. On the other hand, have you checked out the state of farming of today? Maybe we just want to maintain a little AeroGarden instead. 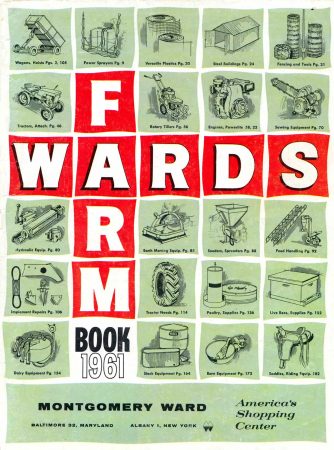