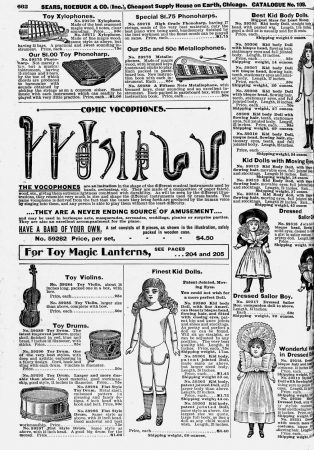 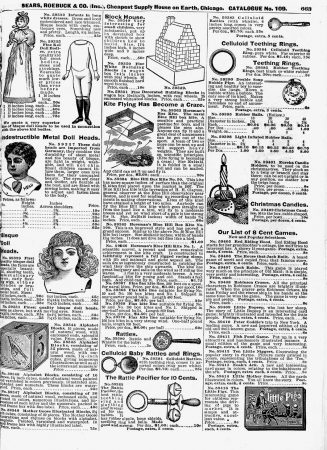 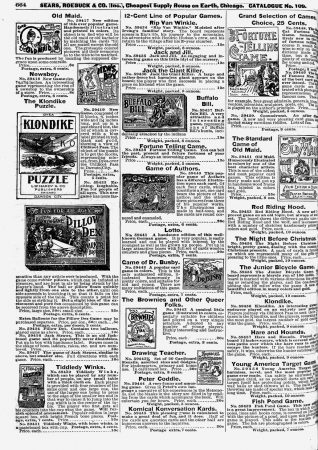 What was Christmas shopping like 120 years ago, sometime between Charles Dickens’ Christmas Carol, the Wish Book, and the zillion gadgets that we augment our lives with these days? December 1899 marked the end of the Victorian era and the beginning of the 20th Century. The world must have seemed awfully optimistic and modern, what with the wonders of electricity, pictures that moved, and carriages without horses to propel them. What might a kid dream of for Christmas 1899?

Sears Roebuck, then only a 6 year old kid itself, supplied several pages of answers. You owe it to yourself to click on the pictures because each page is packed full. What I see are pages which mix classic toys with new fads – which is exactly what we get today. Here is “Old Maid” and “Tiddly Winks,” but also games based on the Brownie cartoon characters and Western hero Buffalo Bill. A toy drum is a perennial, but there’s also a reference to Magic Lantern sets – the Youtube of 1899. Dolls compete with the new craze of kite flying. Basic rubber balls are next to a soap-bubble pipe that blows one bubble inside another one — a neat trick I’d pay to see today. Instead of the Dollar Store, Sears offered a line of 8-cent games. Instead of Prime shipping, the games would cost 4 cents to mail.

And instead of Christmas lights there were candles to place your tree. By 1899 electric lights had been draped on a few Christmas trees, but this was one area Christmas would soon change for the safer. 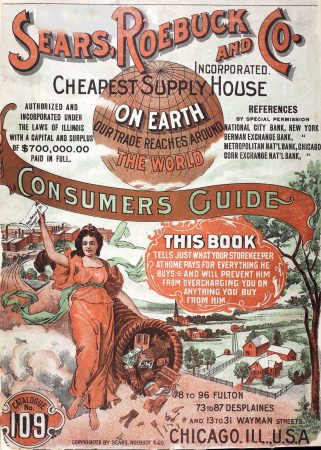