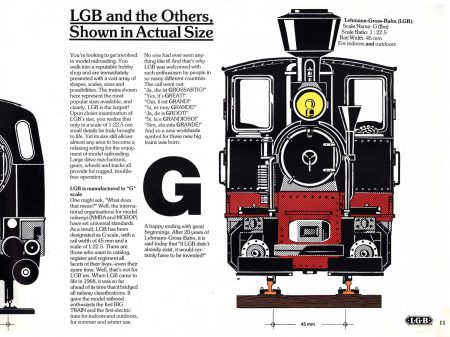 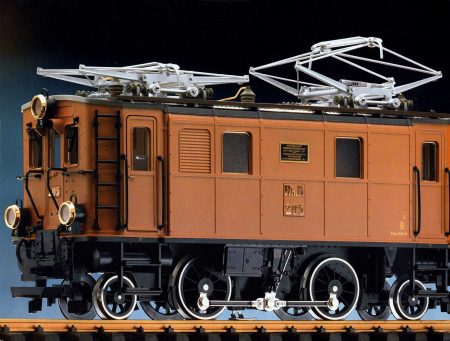 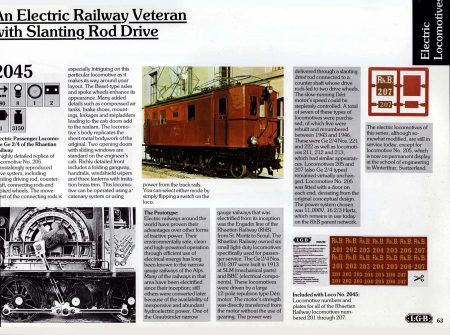 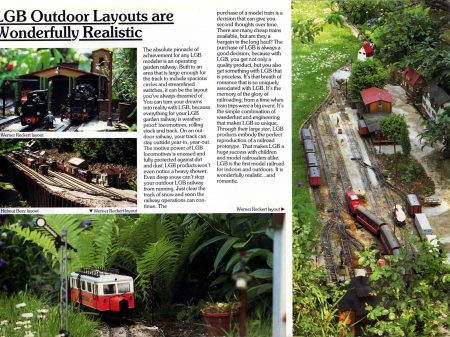 Model trains come in different sizes or gauges, from the minuscule Z-gauge (barely the height of a postage stamp) to the G-gauge. G might may well stand for “Giant”. G-gauge trains are big enough to use outdoors in all weather, and that’s how LGB promoted them when they introduced them in 1968.

The G-gauge trains in this 1989-1990 catalog are more or less pictured in their actual size. These things are big enough that you could place small animals in them. In fact, I would LOVE to see actual kittens riding the train cars. But that would take away from the seriousness of these (don’t call ’em) toys. Not only the trains big, but the catalog is hefty: almost 200 pages at A4 size (testing the limits of my scanner) with all sorts of technical/historical/layout advice.

To my inner child, nothing seems cooler than the idea of layouts which actually run around the garden. (Click to zoom on on the pictures) LGB even sold even an aerial tram car which could be rigged to run from the roofline to the ground. But most of the pictures are closeups, just to emphasize the sheer scale of the rolling stock. After all, these aren’t kid toys or priced as such.

LGB was founded as a German toy company in 1888 by Ernst Paul Lehmann. It was sold in 2008 to Märklin but still is the best-selling “garden railway system” worldwide.

But kittens – they need kitten pictures! Well, there was this fellow whose layout was spotlightedthe final pages of catalog. His called his layout “Pastelania”, because he painted everything – including the trains — in pastel shades. G is for…gentle? 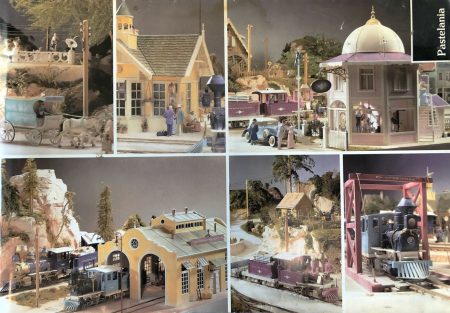