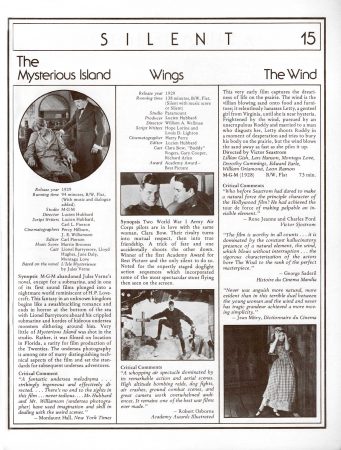 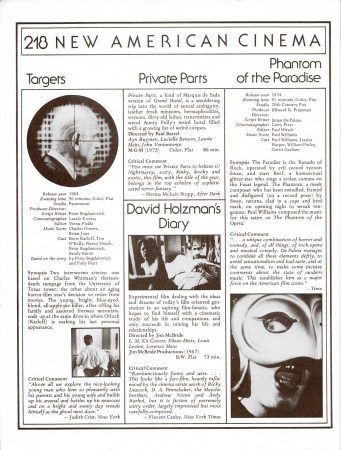 All sufficiently old catalogs are textbooks – time capsules of a cultural fragment, frozen at moment in time. Some catalogs try to be textbooks – this Films Incorporated from 1977 is a wonderful example. It’s really a double time capsule.

Firstly this catalog dates to an era before Netflix and Youtube, when old movies were rare and special treasures, easy to discuss but hard to see. Films Inc and similar firms rented complete 16mm prints of movies to schools, cities, churches, and other institutions.

Second, this particular Films Inc catalog was focused primarily on older films – as the cover calls it, “Rediscovering the American Cinema.” It formed  crash course on the history of film. Chapters were arranged by genre, from early silents to some of the more recent America “auteurs” like Brian DiPalma. In addition to copiously-illustrated capsule write-ups with excerpts from period reviews, each chapter was introduced by a different major film critic, including Richard Everson, Roger Ebert, Leonard Maltin, Richard Schickel, and Judith Crist among others. Props too to the Sgt. Pepper-esque collage on the front cover and the beginnings of each genre chapter.

The catalog aspect took a back set – a sheet of rental prices inserted in the back. But as as an overview of American Cinema, it was textbook.