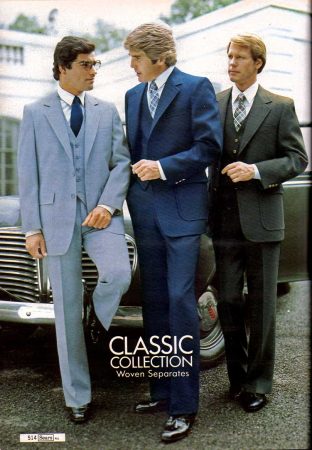 I don't know why, but this page looks to me like Sears has called on Clark Kent to model their 1980 menswear separates.

Christopher Reeve's Clark Kent is a bit nerdier, but it's there. Superman the Movie had just come out in the winter of 1978, and Superman 2 was in production, so it makes sense. Ya gotta love those giant glasses.

(And if not Clark Kent, then “Anchorman” with Ron Burgundy. These fellows look like wannbe-serious TV journalists.)

20th-century men's clothing in catalogs rarely sees the seismic shifts that women's fashions have. Blow-dried hair has replaced bowler hats, and celluloid collars are gone, but still your basic business suit of 1980 was cut from the same cloth as a suit from 1910.

Like Clark Kent himself: earnest, slightly boring, a little square. Or as Sears put it, classic. 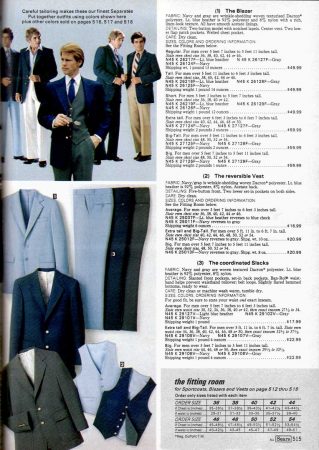