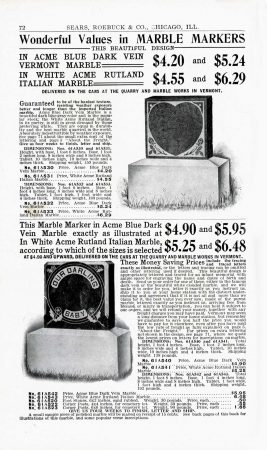 For many of its 125 years, Sears had you covered from cradle to grave. As proof: tombstones for that final act. These are not a few pages page pulled from a Sears Big Book, but a separate Tombstone and Monument catalog from 1906 which itself is over 140 pages long.

Inside one finds tombstones for every taste and budget, from a modest memorials of a few dollars to towering tombstones (nearly 8 feet) which although expensive, are still promised to be a “wonderful value”. And shipping for 3600 pounds of granite is not as expensive as you might think. 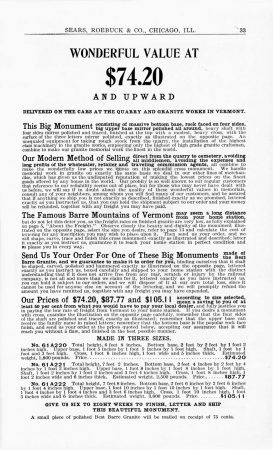 The “Darling Baby” is a startling reminder of just how awful infant mortality rates were in the early years of the 20th century. According to the CDC, at the beginning of the 20th century, for every 1000 live births, approximately 100 infants died before the age of 1.

This Sears catalog also contains several pages of additional items the cemetery might need, including fences, vases, benches. And two pages of testimonials (from living people, not recipients of the tombstones. Well, actually, they are all dead, now. A creepy thought.)

I wonder what Sears’ own epitaph will be? 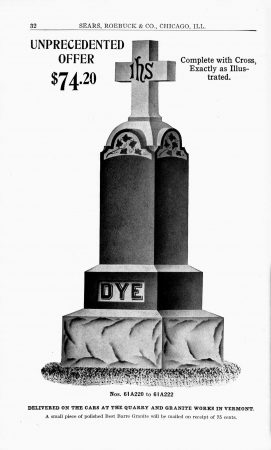