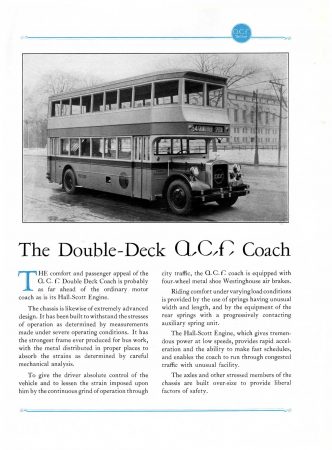 Need a bus? There’s a catalog for that.Of course there is. This 1928 catalog from American Car and Foundry showcased a range of intercity vehicles boasting the latest refinements, like distributed heating to passengers. Their double-decker bus is a standout, though, simply because it’s a double-decker. Why double-decked buses have thrived in England to this day but never met much success in America, is a mystery to the author. Double-deck buses are just so…cool and entertaining. Sitting upstairs would surely turn even the most prosaic trip into a real excursion. The ACF edition includes electric cabin lighting and genuine Spanish leather seats. 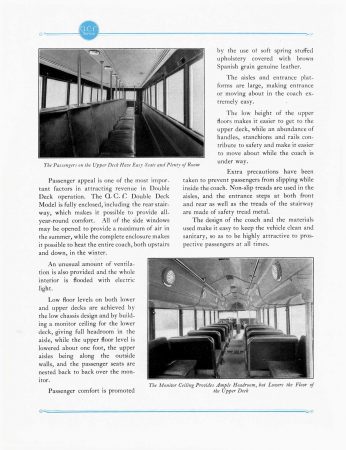 ACF also offered what appeared to be a pioneering gas-electric hybrid bus in the same catalog – a truly innovative product which was probably a bit ahead of its time.

American Car and Foundry is a firm with an interesting history. Formed in 1899 from a mass merger of 13 different railroad-car manufacturers, they branched out into buses in the mid 1920s (and even boats in the 1930s). They continued manufacturing buses until 1953, albeit with a break in the early 1940s when efforts were diverted to war materials. In 1953 the company refocused purely on building and repairing railroad rolling stock, and they’re sill at it — next year ACF will celebrate 120 years in business and still making railroad cars – an enviable lifespan. http://acfindustries.com/ 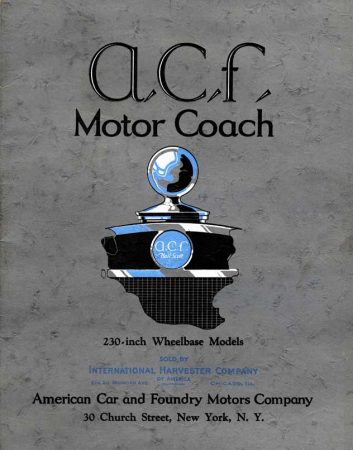