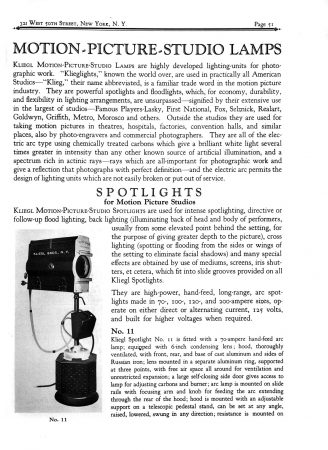 The company that made them has been out of business now for more than 2 decades, but within the film industry and some theatrical circles, the term “Klieg Light” is still familiar jargon.

Klieg lights were (are) the powerfully bright spotlights and floodlights used for film studio work and stage productions. They were the creation of two German brothers, John and Anton Kliegl. Their New York shop opened in 1896 and soon became a primary supplier of the new electrically-based lighting to the Broadway stage, and thereafter to Hollywood. “Klieglights” became known by the shortened name “Kliegs”, supplying us with source of the 1920s-era joke that gave this post its title. 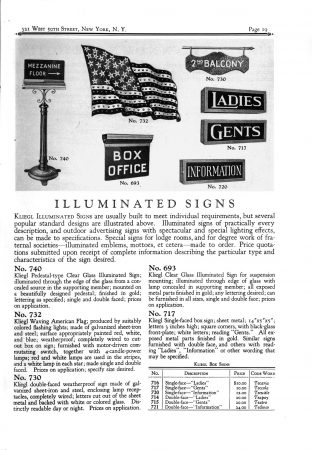 In the '20s and '30s, motion pictures needed a LOT of light for proper exposure, and so Klieglights of all shapes and sizes were ubiquitous. The Kliegl brothers soon expanded well beyond basic spotlights and floodlights, offering every kind of clever or spectacular illumination the entertainment industry could want – right down to illuminated restroom signs and an American flag that “waved” through a motor-driven switching system of red, white, and blue bulbs.

It took a hundred years to dim the shine of the Kliegl business. The answer to “who knocked the 'L' out of Kliegl” turned out to be a combination of technologies, including mass production, computer control, LEDs, and increasingly-sensitive digital cameras.