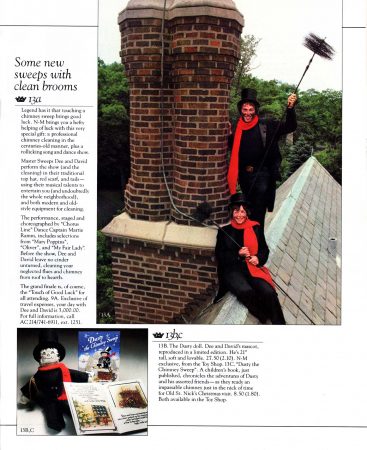 In their quest for the best – or certainly the most novel – Christmas gifts, Neiman-Marcus ended the decade of the 1970s by offering up a pair of chimney sweeps. It was part show – because say “Chimney Sweep” and who doesn’t think of Mary Poppins? — as David and Dee Stoll would do a song and dance routine choreographed by the Dance Master of A Chorus Line.

But it was also part legit – as the couple were genuine chimney sweeps who would scrape the soot from your flues as part of the package.

Dee and David were relative newcomers to a very old profession, having had prior careers in product design and marketing. But when he had a heart attack, they gave up those jobs for a less stressful, more picturesque, picaresque chimney sweep life. Mind you, they didn’t leave marketing behind completely – together they wrote a children’s book, toured the country promoting fire safety, and were immortalized in the 1979 NM  Christmas catalog. David Stoll was also elected President of The National Chimney Sweep Guild in 1979. Yes, there is such a thing – http://www.ncsg.org. 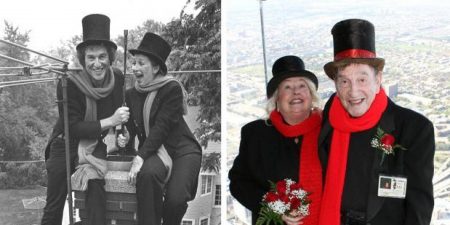 40 years later, the couple (now nearing 90 years old) are still together. Although no longer climbing and cleaning chimneys, they did celebrate their 40th anniversary last year by renewing their vows 102 stories high on the glass-floored observation lounge of Chicago’s Willis Tower. Now that’s an accomplishment which should be up there in anybody’s book. 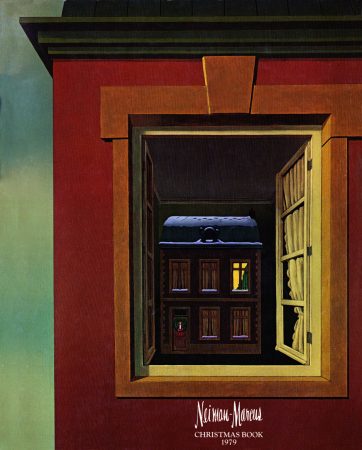