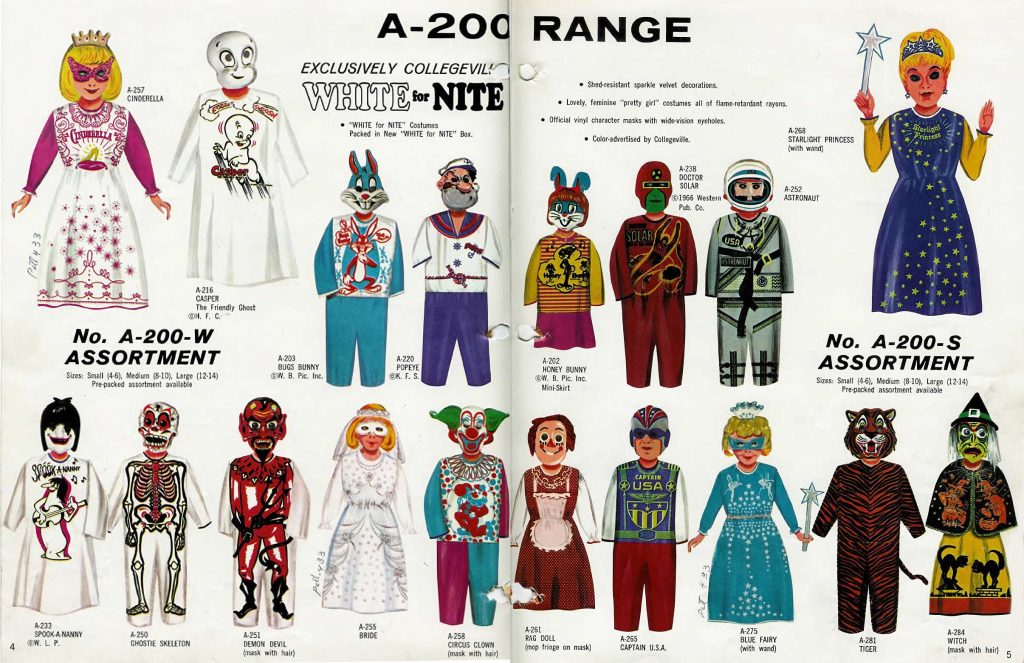 All I’m sayin’ is that cosplay was once a lot simpler. 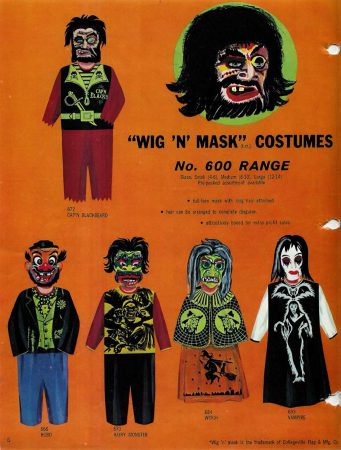 Halloween costumes from the late 1960s were typically a plastic mask, a glorified pair of pajamas, and maybe a wig.

That’s if you were lucky and your mom took you to Woolworth’s, where you could purchase an off-model Bugs Bunny.

If you weren’t as lucky, there were cheap paper masks you could punch out and were. Cheaper still, you covered cardboard boxes with tin foil and went as a robot. Or Mom took a wasted bedsheet, cut two eyeholes in it, and called you a ghost.

Those were the days. Nothing you would take to ComiCon, but TVs were fuzzy black & white, and special effects were charmingly primitive too… just like these costumes. 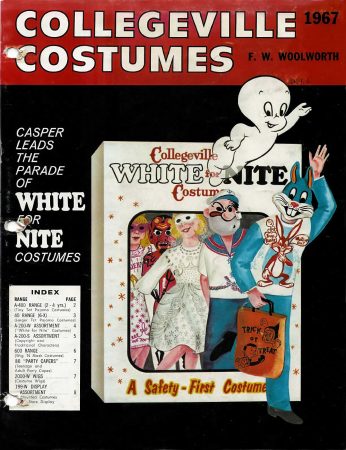