Games, if you look at them closely enough, are often anything BUT fun and games (if you’ll excuse the tautology.) Ancient Olympic skills were like running, jumping, and javelin throwing were useful skills for soldiers. Chess is explicitly about battles and a quest for power. In modern times, board games like “Monopoly” and “Life” convey lessons and strategies for living. 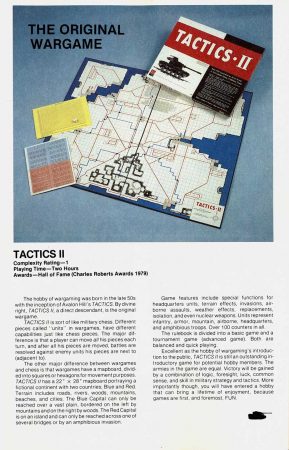 Likewise, “wargames” have existed in a professional sense essentially since war itself. Before going into battle with real troops it is helpful to rehearse strategies and predict outcomes.

But “modern” wargaming – meant for hobbyists instead of generals – began in the 1950s with a company called Avalon Hill and a game called “Tactics.” By 1982, Avalon Hill had published dozens of war-games sold in specialty shops and promoted through un-glamorous catalogs like this one. Some games like Tactics II had been best-sellers for a quarter century. Most required multiple players and involved maps, playing pieces, an element of chance, and complex rules. How complex depending on the game: Avalon Hill helpfully assigned each board game a 1 to 10 degree of difficulty and an estimated playing time. Some games could literally take all day to complete. 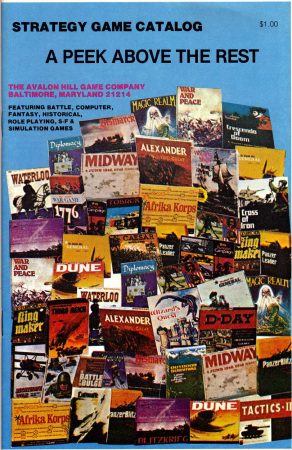 By 1982, Avalon Hill was branching out from the type of Civil and World War “simulations” which brought them fame. They had a line of early computer strategy games, and they were having luck with fantasy gaming, such as Magic Realm (with a daunting complexity rating of 9.) Indeed, this might have been just about the peak wargames moment, as the new media and genres were surpassing the old tank-battalion and troop games among the dozens of titles pictured on the catalog cover.

Almost 40 years later, toy company Hasbro now owns the Avalon Hill game line, which has been reduced to a dozen titles. Only 3 of them are classic wargames. The only game still still in production from the 1982 catalog? Ironically enough, it’s Diplomacy. Can peace be far behind? 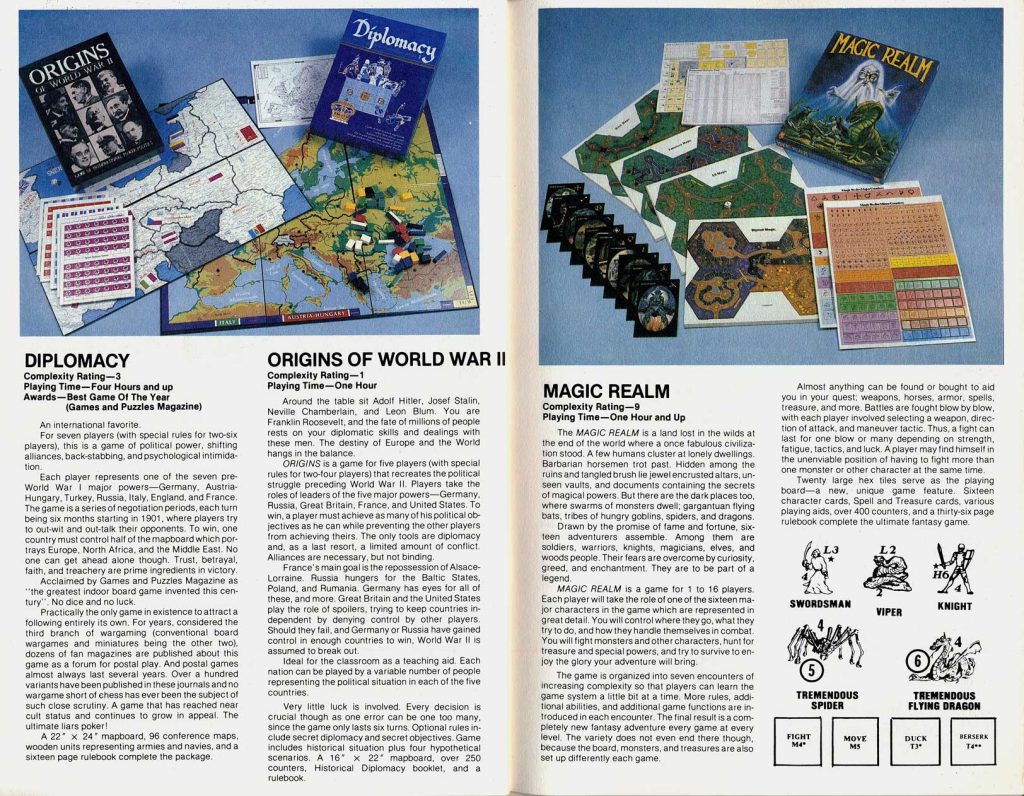