I wish I could show you the cover of this 2010 Crutchfield catalog in person. Because it’s lenticular, 3D like one of those funny old souvenir postcards. Give Crutchfield props – they went all in on the 3D TV thing and did their darnedest to find a way to illustrate the effect. You look at the cover, and the fish are swimming out of the screen. Blurry, but definitely three dimensional. And without needing 3D glasses- which is actually better than the actual television sets could manage.

This catalog only came out in 2010, but then it doesn’t take long for some things to become badly dated. Angry Birds. Fidget spinners. 3D television. 3DTV was going to be SUCH a thing once, in the wake of a few movies like Avatar. But oh dear, look at the prices! $3000 for a 55″ set. Now you can get a serviceable 55″ 4K TV from Walmart for under $250 – and 4K trumps 3D. 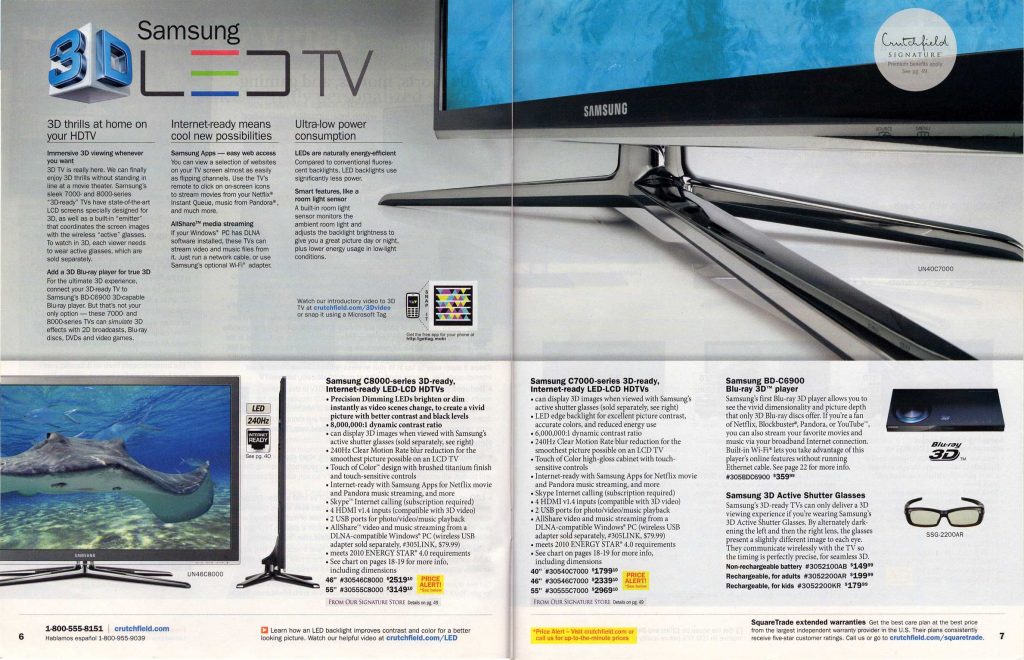 Now if you’ll excuse me, I have to go watch Youtube on my iPhone.