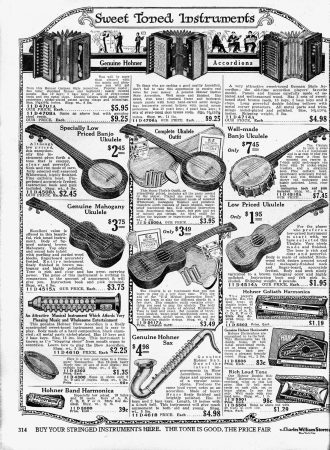 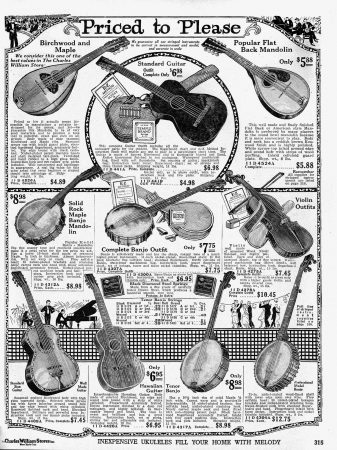 Here’s a gallery of all the most popular musical instruments from the 1920s (except for a piano). You’ve got your violin, several accordions, mandolins, guitars, harmonicas, a sort-of saxophone, and most prominently, banjos and ukuleles.

The banjo whose origins lie in Africa, now carries a complicated legacy and a lot of baggage thanks to the white musicians and minstrel sounds it became affiliated with. Bela Fleck notwithstanding, it’s an instrument with a limited range.

On the other hand, the ukulele refuses to die. This simple, small Hawaiian guitar rode to popularity on the 1920s’ exploding interest in exotic South Pacific music, with 78 rpm records featuring guitars and ukuleles. The uke’s light weight, small size, and simple 4 string style made it a popular accompaniment for college Romeos singing the the jazzy songs of the era. It has waxed and waned in popularity since then – 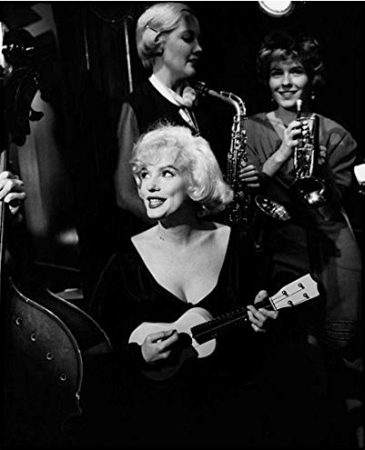 here’s Marilyn Monroe rocking the instrument as part of a 1920’s “all-girl” jazz band in the 1959 movie “Some Like It Hot” — and is still played to charming effect by folks like actress Zoey Deschanel. 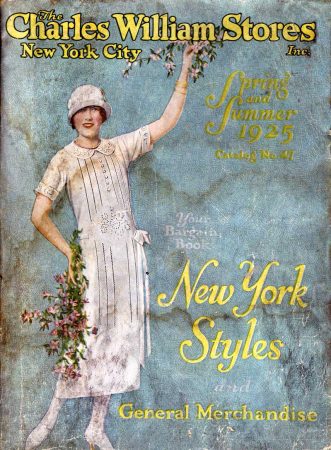