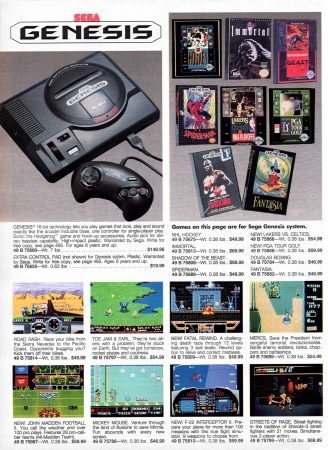 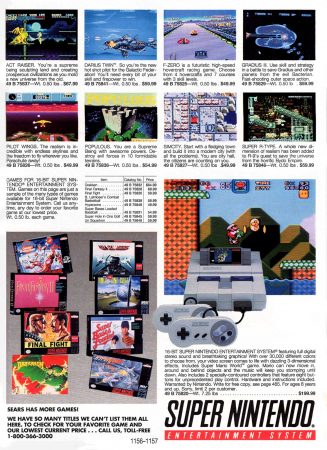 When it comes to home video game consoles, players have always taken sides. In the 1970s it was the Atari VCS vs Mattel Intellivision. Today the combatants are the PS4 and Xbox One.

In the 1990s the most epic videogame megabattle was whether SNES or Sega Genesis was the superior gaming machine. The Mario loyalists were pitted against the Sonic crowd – the playground was bitterly divided over which system was the best.

Of course, the screen shots on both systems look pretty punk by today’s standards. Click; zoom in; you’ll see what I mean.

Not sure what’s more surprising: the number of games that I recall only barely or not at all, the burst of nostalgia for some long-gone titles, or that there actually are a few games like “Madden” and “Final Fantasy” which are still with us twenty-five very long years later (albeit in vastly advanced mutations).

So which was best? Naturally, Sears didn’t play favorites. They just listed both systems on adjacent pages and watched the money flow in. 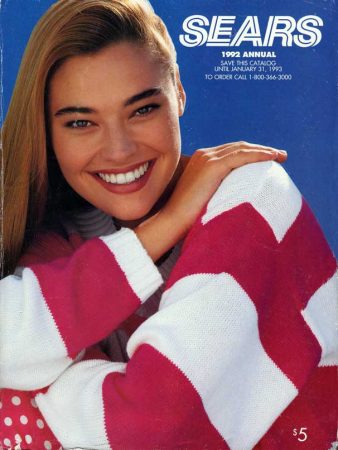