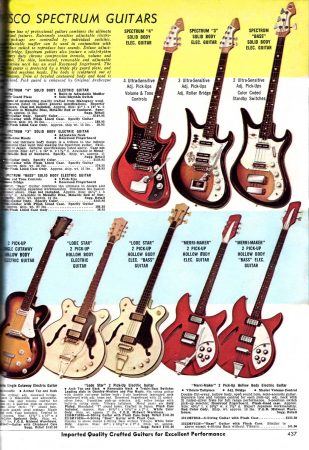 Groovy guitars…and some dynamic drums…for your rock and roll combo. Teisco was a Japanese maker of guitars, amps, and other musical instruments including synthesizers. These instruments from 1969 were some of the last guitars made under the brand name. While not at the Fender or Gibson level, Teisco guitars have enough enthusiasts that the brand was revived in 2017.

The drums? Perhaps not so much. That kid plying the “Junior Mod Combo” certainly doesn’t look thrilled. 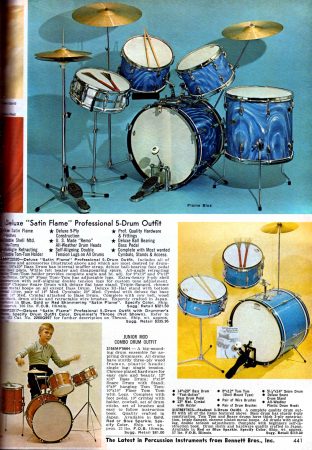 Bennett Brothers’s roots date to 1884. in the 20th century they were a wholesaler of all kinds of products – selling everything an independent general or department store might want. Their “Blue Book” catalog started in the 1920s by 1969 ran to hudnreds of pages (making it very hard to open fully, and so our scans have trouble reaching the inside edge of the page). Their focus shifted later to consumer incentive programs, and they while still have a website, it’s not clear if they are still in business. 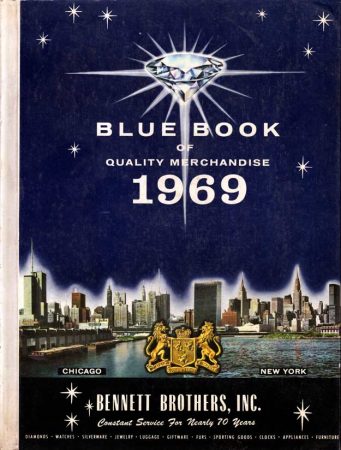