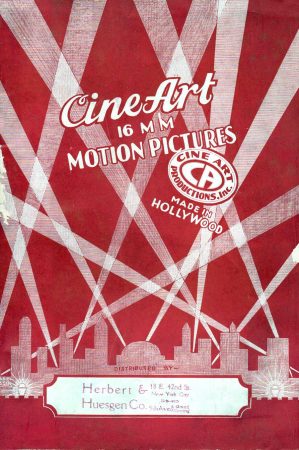 Before Netflix, there was Blockbuster. Before video, there was film. Efforts to offer movies in the home date back to the second decade of the 20th century, and gained traction in the 1920s. In Europe, the Pathe company introduced 9.5 mm films, and in America Kodak brought out 16mm home movie cameras and projectors. Shooting your own movies was an entertaining hobby for the rich and famous – watching Hollywood films in the comfort of your own home was another level altogether. 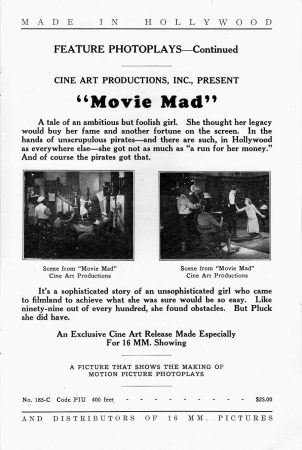 This Cine-Art catalog lists a variety of low-budget films – for direct sale only, not rental – mostly what we would now call “direct-to-video.” There are children's animations, family-friendly westerns, and the occasional drama like Movie Mad, “a tale of an ambitious but foolish girl.” (All silent movies, BTW – in 1929, talkies had made it to public movie palaces but not yet to the home.) 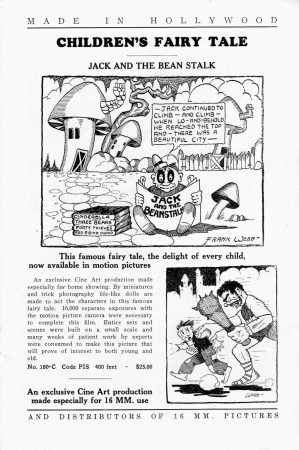 And in the very same catalog, tucked away at the back, are several pages of what were probably Cine-Art's real best sellers — “Nudie” films — risqué short subjects with titillating titles like Betty's Bath, Daughters of Eve, and Chicken Without Dressing. If you click to zoom in, be aware that it's NSFW. 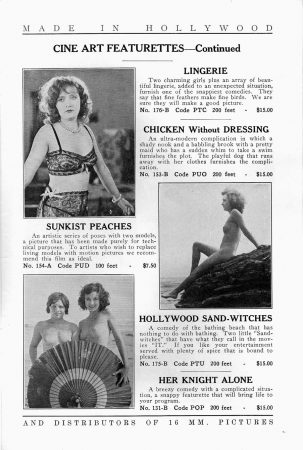