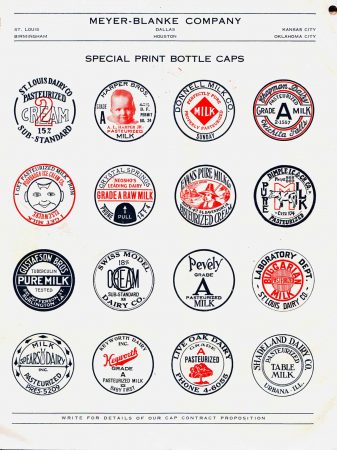 “Everything but the Cow” – what a great slogan! Both memorable and accurate, based on this 1929/1930 catalog. The pages seemingly fearure anything the dairy farmer could want, from a basic milking stool (on sale for 95 cents!) to scientific pasteurizing and chilling machines, milk bottles and bottle washers, and milk bottle caps, standard designs or with custom printing.

Bottle caps – it’s been ages since people got milk in a glass bottle sealed with a cap. Last time I saw bottle caps they were used in the kids’ game called POGs. This catalog page you can zoom into contains some of the custom caps. Several are quite…interesting. The cream that is only “15% substandard,” for instance. The two-faced boy is also unique – you won’t grasp it without turning your screen upside down so I’ve include the wrong-way version. 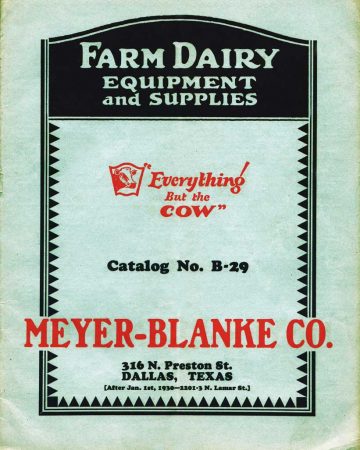 It’s should be noted that in 1930, no one had yet thought to put the word “Organic” on a bottle cap and raise the milk price by 50%.