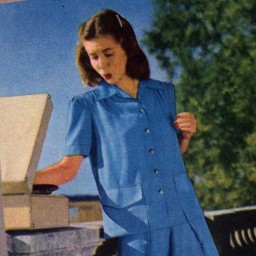 Is this model really making a duck face? Sure seems like she’s striking the pouty-lipped pose thing. Obviously impressed with the beats she laid down on the record player – perhaps that new young singing sensation, Frank Sinatra. Clearly she’s ahead of her time.

In fact the whole two-page spread is ahead of its time. The design looks more like a post-war or even 1950’s layout than something printed a few months before Pearl Harbor. I don’t know how the Montgomery Ward catalog design team came up with this level of creativity.

The strong colors, the big areas of empty white space, the seriously-contemporary typewriter-style font, the jaunty tilt of photos and copy, the knocked-out color samples with drop shadows – this is advanced stuff, unheard of for a company like Montgomery Ward which just a few years earlier was crammed full of depression-era bargains shouting for attention.

There’s even something quite modern about the clothes and the scenario, in which our model might plan to pack for a whole weekend’s outing (where and with whom?) using just five pieces of casual, interchangeable coordinated separates, as informal as shorts and as dressy as a medium-length skirt.

But look – she packed white gloves too! So despite the kissy face, she’s a good conservative girl at the core. 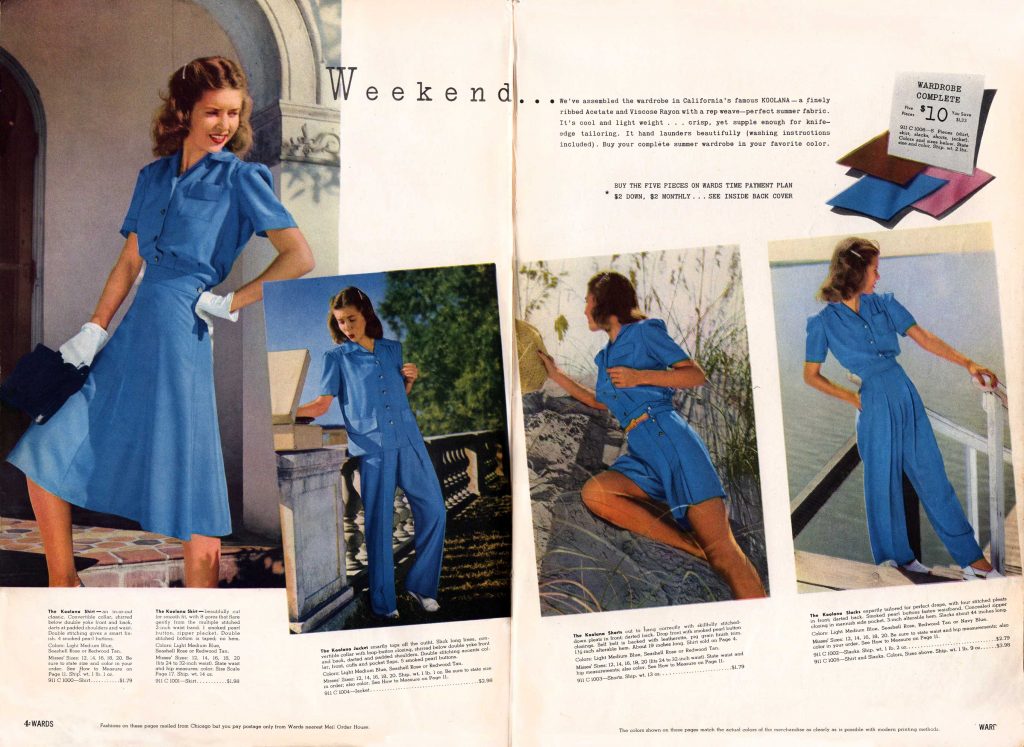